The Girl in Room 105 by Chetan Bhagat is one of the best books authored by him so far. This book belongs to the Romance Thriller category. This book is so amazing that once you start reading it, this is going to be too difficult to close it off. Don’t believe me? try yourself.

FITS TO THE GENRE: FITS OKAYISH!

What’s on this page?

This is going to be crap when it is remade into a Bollywood movie! Just like any other novel adapted Bolly Version.

But this The Girl in Room 105 will keep you glued till the end if you love a romance thriller. Chetan Bhagat has again showed his potentials with the very best of the best plot twist this time.

What not to expect?

You will find it quite easy to understand the actual plot by reading between lines if you are an ardent reader or fan of Sherlock Holmes or more such crime-solving mysteries.

Because if you read carefully and observe every small detail, it is very uncomplicated to understand.

Chetan Bhagat seems to be the favorite child of Controversy.

He has always been caught in controversies for his tweet, for his work and also for speaking his mind.

But this does not stop Chetan Bhagat from speaking out whatever is in his mind.

He takes all the troller’s comments as constructive criticism and tolerates it every time.

He has been trolled time and again for his same boring plot twist.

Critics claimed that all his books and their story are about demeaning girls not by him but through his characters of the story.

After which he wrote One Indian Girl. But it was again caught in a controversy where another author claimed that Chetan Bhagat stole her story and she blamed him for Plagiarism.

Chetan Bhagat was born on April 22, 1974 in New Delhi. He completed his management course at the Indian Institute Of Management, Ahmedabad.

Let us discuss the synopsis of The Girl in Room 105.

The story revolves around Keshav Rajpurohit, a Hindu boy and Zara Lone, a Muslim girl from Kashmir.

Keshav is an IIT pass out who is now teaching in a JEE coaching center in Delhi.

In the story, you can observe and read about how Keshav is still hung over his ex-girlfriend, Zara Lone.

Despite getting cussed every day along with swearings from his friend Saurabh, Keshav still wants Zara to come back to him.

But they broke around 4 years ago and Zara has obviously moved on and wants nothing to do with Keshav.

But in her heart she still knows, nobody could love her ever like Keshav did.

Keshav despite repeated warnings and advice, still dreams about being together with Zoya because he loves her unconditionally.

It was as if Keshav’s pleading and prayers to God were answered; on the eve of Zara’s birthday, Keshav receives multiples messages from Zoya.

Almost drunk on Zoya’s Love, Keshav could not believe that Zoya actually wanted to meet him.

He was so happy and went to meet Zoya with mixed emotions, happy and also crying because he so wanted it to be true and not just another one of his dreams.

He was to meet Zoya in her hostel room that is room no.105 by sneaking in like old times.

He gets caught in the turbulence unknowingly, all for his love for Zoya Lone.

Let us not tempt me to narrate you the story of The Girl in Room 105 to the point where I give out spoilers and make a blunder and mistake like Keshav!

The plot is quite alluring and entertaining. It is full of surprises.

Chetan Bhagat is wise to devise sub-plots underneath the main plot to make the story smoother.

Kudos to Chetan Bhagat for this and award him 10 points just for this.

He has so very well depicted a story of love, sacrifice, and obsession.

Chetan Bhagat has very well portrayed how too much love and attachment is bad for a person.

How are the characters?

The characters of The Girl in Room 105 are all quite well developed.

Apart from the main character, there are some characters that add a sense of comic relief throughout the story.

Few characters are portrayed to be highly stereotypical but if it is viewed from the plot point of view then it fits I guess.

Chetan Bhagat has mastered the art of Character development as each character in the story can be easily visualized.

Let us talk about my favorite part: Relationship Goals!

The kind of love Keshav has for Zara is the dream of every girl.

The kind where the boy is head over heels for the girl and even after break-up loves her unconditionally.

All the fun-filled, excitement and adventurous type of relationship is portrayed when Zara and Keshav were in love.

Even the bond Keshav and Saurabh share is quite the type that is worth getting jealous for.

Even I was envious of Keshav for having a friend and protector like Saurabh who always has his back.

There has been a hell lot of swearing a duse of strong, violent language in the story.

But speaking from a woman’s point of view, I really wanted to skip all the cuss words.

I honestly do not like people who use strong or dirty language/words when they speak, so no.  A big NO! To those who say “It’s an emotion”.

What does that mean? People like us are emotion-less? Get a grip on yourself before speaking utter nonsense.

Well I am quite happy with the fact that Chetan Bhagat has not used or made sex the main plot of the story.

Because novels nowadays are more concerned about the character’s sex life and some novel use it as a central scope to increase the number of readers.

The Girl in room no. 105 does not portray sex as the central idea.

But then again the main focus of the story is the part where the author says it is an Unlove story.

I mean how can you possibly unlove someone all of a sudden and all because of a mistake they committed?

This is really unsettling for me. Isn’t love meant to be forever and always despite your mistakes and blunders?

But again I came to the conclusion that it was just a marketing strategy and not the actual theory on which the book is based on.

So this just gives me some peace of mind. Because you cannot possibly just unlove someone no matter how wrong they are.

It is just not possible. But surely the memory of that person fades away and you learn to love someone more immensely.

But no, you cannot unlove someone no matter how bad you want to.

To where does it all come down?

Well in the end, it all comes to down to the question asking if the book was worth reading or should you guys give it a try?

Personally, for me this book was not so predictable and it kept me glued till the end.

I was so intrigued and curious that I finished the whole book within few hours.

It was only after I finished reading the whole book that I heaved a sigh of relief.

It was not like any other Chetan Bhagat’s book. This book is so alluring and it will keep you hooked right from the start till the very end.

I would recommend you to buy the girl in room 105 and start reading:

I would not recommend the book to you if:

So, it’s up to you which side you are.

If you like the review and want to read the whole story before we reveal it in our next review, grab the book.

If you love reading a thriller book wants to read a similar story, check out our last review on Beautiful Bad by Annie Ward. 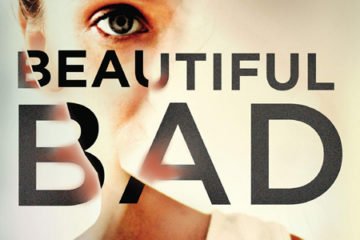 Beautiful Bad by Annie Ward : An intimidating story that will send a chill down your spine You might have read many novels, but there are fewer chances that you have read a novel like Read more…