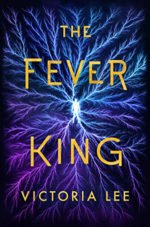 The Fever King by Victoria Lee : A Riveting Story

‘The Fever King by Victoria Lee’ is a riveting story of a Jewish- Latino teenage boy, Noam. He lives in the slums of West Durham in the sovereign nation of Carolina with his parents who are illegal immigrants. They are forced to live in a one-room-apartments and denied basic rights. Their life has been all about fighting for refugee rights.

The author Victoria Lee is originally a German Jewish who was abused and experienced trauma in the early stages of her life. She felt the need to extend support to people who have experienced such situations at any point in their lives and to make them realize that they’re not alone. Fever King by Victoria Lee is her debut publication.

There are occasional ‘outbreaks of magic’ which either kill you or leave you with magical powers in case you survive. Noam becomes the sole survivor of such an outbreak after it killed the rest of his family. That’s when Noam meets Calix Lehrer, a minister of the government.

Lehrer invites Noam to work alongside him so that his newly attained powers could benefit the government. Noam isn’t so sure about helping the people that made life hell for him but he joins the team anyway. The book answers interesting questions like, is Noam going to help the Lehrer or the refugees? How will he use his newly attained powers? And many others.

Through the course of time, Noam meets Dara, the celebrity son of the minister. Both feel a roller coaster of feelings which grow from hatred to love. This book ” The Fever King by Victoria Lee” is a representation of topics very rarely found in books like bisexuality.

Book Reviews of The Fever King

This book is one of a kind! I feel it’s a great account of young-adult fiction especially with bisexuality and gay romance involved. The romance was my most favorite part. It’s amazing how Noam and Dara go from being enemies to something much more to each other.

At the beginning, it’s all just sad and gloomy. But then Noam wakes up on a hospital bed. Then BOOM!! You’re least expecting something and it happens. Personally, I love books that give me surprises and this book had pretty unexpected ones. ‘The Fever King’ is a must read!

Put to words almost as if she herself has lived the story, this book is a weapon through which the author wants the suffering of people experiencing any kind of abuse and trauma to be felt by the world. ‘The Fever King’, true to the title in every sense, talks about the misery refugees face and the cruelty of the government.

It is heart-wrenching to see how the immigrants die and how there is nobody to care for them. It involves all things a good book needs to have. There is also strange expertise to the ending of the story. I’d say I didn’t want it to end the way it did, but then it was so perfect in its own way. Undoubtedly it is one of the best young-adult fictions I’ve ever read. I’ll give stars to ‘The Fever King’ but that would still be less for the masterpiece it is.

If you are a die hard fan of Literature and Fiction, you must read What the Wind Knows and Where the Forest Meets the Stars.